The Redeeming Work of Christ

Aspect #3 of the Christian Message

The redeeming work of Christ is the heart of the Christian message. Jesus is the Redeemer who shed His blood to pay for our sins. This was explained in detail in chapter two, The Plan of Restoration. Therefore, to avoid repetition, this chapter will simply explain redemption. 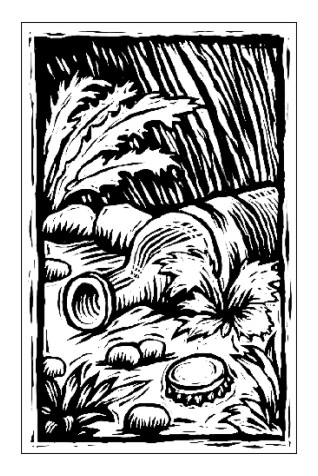 Like an empty bottle lying in a roadside ditch, we were originally created to be clean and filled with the Spirit of God. But sin left us empty, discarded and without real purpose. But God still loved us and had purpose for us! He provided a plan and paid the price to redeem us! If we come to Him through Christ, He will clean us, fill us with His Spirit, and put His seal on us!

The Love of God

One of the most commonly quoted verses in the Bible is found in the gospel of John. It says, “For God so loved the world that he gave his one and only Son, that whoever believes in him shall not perish but have eternal life” (John 3:16). This verse describes the redeeming work of Christ simply and beautifully. He laid aside heavenly glory, became a man, and suffered a horrible death, to redeem us.

We have previously referred to the Bible verse that says, “the wages of sin is death.” But the rest of that same verse says, “…but the gift of God is eternal life in Christ Jesus our Lord ” (Rom 6:23). What a gift from God! He shed His blood to pay the price for your sin and remove the sentence of death upon us that was required by law. Jesus satisfied the law that says, “the wages of sin is death.” Jesus was the only one who could have paid it, because He is the only one that never sinned. Jesus’ blood is the only blood that was pure, the only blood that could purchase our redemption. There is no other name given under heaven whereby we can be saved (see Acts 4:12).

God demonstrated His love toward us by sending Jesus to die for us, even while we were still sinners. Now, those who place their trust in Christ’s work will be justified by His blood and saved from the judgment of God. Christ’s death and the shedding of His blood fulfilled God’s law and provided an answer to man’s dilemma.

Redeemed for a Purpose

The redeeming work of Christ did more than remove the judgment that was against us. It gave us and the whole world a hope for the future. This will be revealed in the the next chapter.

Next: Aspect #4: The Coming Kingdom